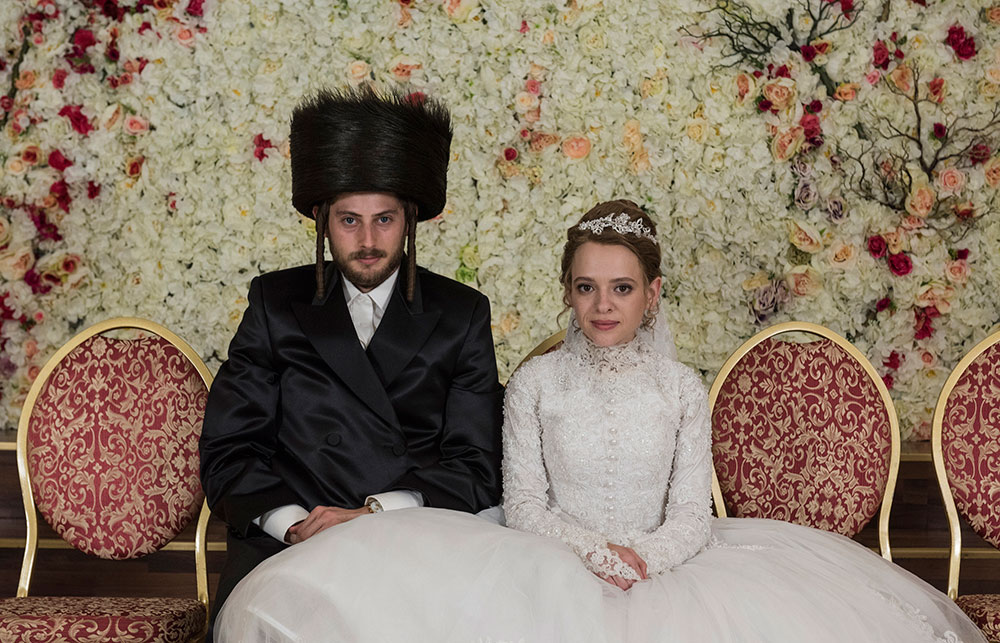 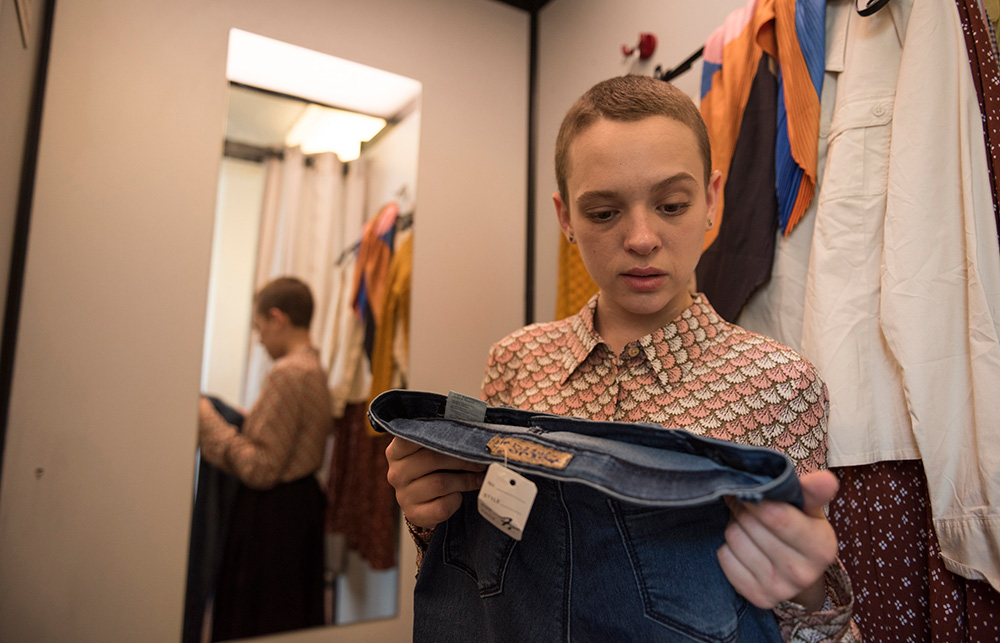 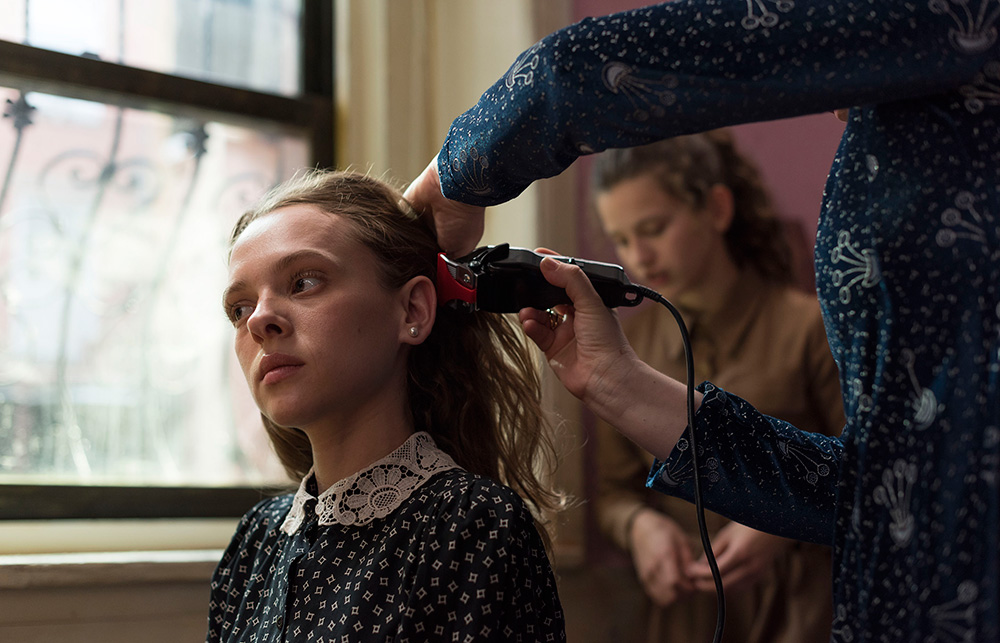 How does one adapt a memoir like Deborah Feldman’s Unorthodox: The Scandalous Rejection of My Hasidic Roots for television and make it feel as real as possible, even if the end result is a story only partially based on true events?

Finding the right actors and putting together a carefully researched onscreen wardrobe play a role, as Unorthodox casting director Esther Kling and costume designer Justine Seymour explained in conversations with Fortune. Kling and Seymour are each Emmy nominees this year for their work on the Netflix limited series.

The series follows a Hasidic Jewish woman from Williamsburg, Brooklyn named Esty (Shira Haas), who decides to leave her community and go to Berlin—and finding the appropriate actors was an international effort. In addition to looking for actors who could speak Yiddish—a language that features heavily in the production but isn’t widely spoken today—the casting team also needed actors who could embody certain characteristics.

The leads, Haas and Amit Rahav (who plays Esty’s husband, Yanky)—both from Israel—had to learn Yiddish. But there were various other reasons why they felt right for their parts despite the language barrier.

“She portrayed that thin line of woman-child—of somebody being so strong while so fragile, being very smart and naïve at the same time,” says Kling of Haas. Kling adds that Rahav—whose acting was “mature”—also expressed a level of naiveté that suited his character.

Casting directors also looked for actors in London, Germany, a theater in New York, and other locales. The producers were also involved, Kling says, and were the ones who brought actor Jeff Wilbusch (Moishe) on for the project.

“They wanted him in the series… they weren’t sure for which part,” Kling says. “I believe the part of Moishe was written for an older actor, and they adapted it for him.”

While Feldman’s memoir informed some of what the crew did, there was also a lot of research on the ground in Williamsburg, says Seymour. She specifically focused on the Satmar community, the sect Feldman was once part of.

“We spent a week on the ground actually really doing research on the community, going into shops; we went on a walkthrough tour, we took photographs," Seymour tells Fortune. We spoke to some people on the streets that were willing to—a lot of them weren’t, but some were really fascinated about what we were doing. People working in the stores were quite willing to open up and explain what things were.”

Costuming played a large part in illustrating Esty’s journey; the character was like the center of a jigsaw puzzle, Seymour says, with a world built around her. Younger Esty is seen more often in housedresses. Later, when she gets married, she starts to wear more structured clothing—dressing with a little more color and sparkle in scenes taking place during her first week of marriage to emphasize her changed status. After Esty reaches Berlin, she starts to change the way she dresses—albeit very slowly at the start—picking up some of her style from other female characters she meets in this unfamiliar city.

“I had spoken to Deborah about her personal transformation and she said it was a really slow process,” Seymour says. “Although she loved wearing jeans, so that’s why I jumped straight in with jeans, because she really, really enjoyed jeans.”

“As the story progresses, [Esty’s] neckline becomes a little bit lower, her fabrics become a bit more softer and a bit more sensual,” she adds.

Personality traits are also reflected in the clothing worn by supporting characters—particularly the women—in Esty’s community. Headscarves, featuring various colors and designs, played a huge part. Seymour quickly learned that designer scarves in particular, such as those by Ferragamo and Hermes, are very popular. Since she didn’t have the budget to buy too many of those, she bought a handful of real ones for Esty’s mother-in-law Miriam and supplemented those with fakes and secondhand scarves for other characters.

Tailored, Chanel-esque outfits were also part of Miriam’s closet, reflecting her role as the matriarch in her family, while also showing that “she was slightly wealthier than the family that Esty was coming from.”

While many clothes—especially the men's—were purchased for the production, Seymour did take the time to construct some clothing, including some of the women’s housedresses and some turbans. Esty’s wedding dress was originally purchased on eBay, but then reworked.

“Shira Haas is an absolutely petite young lady… the dress that we bought was exactly what I wanted, but then we cut the whole thing to pieces, we took out probably about 18 inches from the hem. I lifted the waist,” Seymour says. “And I just changed it around because I wanted it to feel more princess-y, and I also wanted it to also emulate the one that Deborah Feldman had had herself.”

Seymour also opted to have the shtreimels, circular fur hats worn by married Hasidic men on Shabbat and festive occasions, built by a theater company in Hamburg—partly for budgetary reasons, and partly to avoid buying new fur. Besides, the stores in New York selling authentic shtreimels wouldn’t sell them to her.

“When [the hats] actually arrived and came out of the box, they were so floppy,” she says, laughing, adding that she lacquered them with heavy hairspray and combed them until they more closely resembled actual shtreimels.

Seymour taught the actors and her costumers how specific outfits should be worn, while printing out notes that were available for anyone who needed to look something up. “I’d also have the fitting photographs actually attached to the clothing and in the continuity book, so that if I wasn’t available, they could see exactly how it was supposed to be worn,” she says.

That wasn’t the only coaching the actors got—they also received advance notice about any major plot points concerning their characters during the casting process. In one scene after Esty is married, Haas has her head shaved, a practice observed by some Hasidic women.

“You don’t bring somebody in for an audition if she’s not willing to shave her head. We don’t want to waste anybody’s time,” Kling says. In addition to physical aspects of their roles like shaving one’s head or sharing intimate scenes with another actor, Kling says, the cast was informed of whether they needed to audition in Yiddish, in addition to being given some context about the cultural lens through which they were telling the story.

Kling, who describes the production as having “special” and “unique” qualities, ultimately enjoyed the process of working on the series.

“This is a story told by women about a very specific woman, somebody’s true story, but it became a universal story about a person looking for their voice and identity and freedom,” says Kling. “There was a fresh and fun feeling about that.”