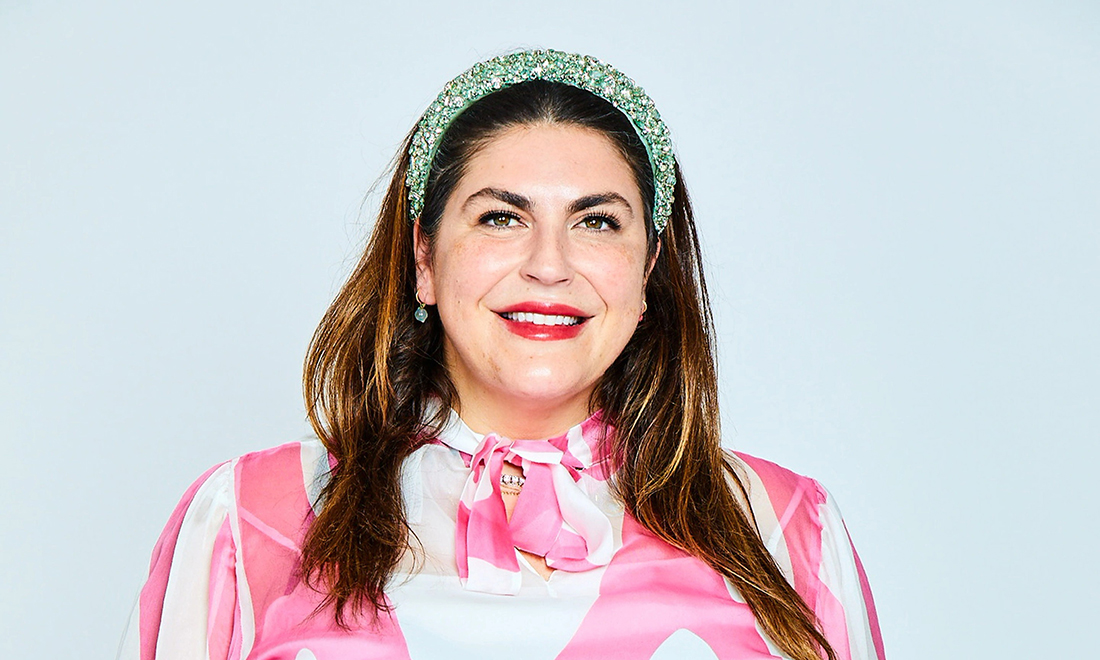 It started with ear pain.

Back in September, Katie Sturino, a body acceptance Instagram influencer and founder of the beauty product brand Megababe, woke up feeling tired and overall just weird. Her symptoms soon escalated.

“It started light then ramped up over a four-day period,” she says.

A seemingly straightforward symptom would start a weeks-long journey in which Sturino learned about the difficulty of dealing with an invisible illness and the importance of advocating for herself in the healthcare system.

Sturino went to an urgent care clinic where a doctor, learning Sturino’s dog had recently contracted Lyme disease, prescribed an antibiotic in case Sturino had also contracted it, too.

That sent Sturino down an internet rabbit hole on the disease, which is notoriously misunderstood and can go undiagnosed for months.

“I felt like I was ahead of the curve for a second,” she says. At the urgent care, doctors performed a Lyme disease test and Sturino shared her concerns on social media while she awaited definitive results.

Her followers were quick to share their stories of living with Lyme disease and suggestions for doctors who understood how to treat it. But a few days after her urgent care visit, another symptom appeared. This time Sturino woke to find the right side of her face was numb. Looking in the mirror she saw that her eye and cheek were drooping. Her tongue felt thick and slow. She struggled to speak clearly as she took to Instagram to inform followers of her latest symptom.

Sturino figured she was experiencing neurological complications from Lyme disease. In the meantime, she was still waiting on her Lyme test results. She wouldn’t need them. Over the next few days her ear swelled to the point where she had to visit the emergency room. It was there that she learned she had shingles.

And shingles, it turns out, can turn into Ramsay Hunt syndrome when it affects a facial nerve near the ear, causing facial paralysis. The Cleveland Clinic explains that Ramsay Hunt is a complication of either shingles or chickenpox, which are caused by the varicella-zoster virus. If you had chickenpox as a kid, you can develop shingles as an adult when the dormant virus reactivates. And when the virus reactivates specifically in your facial nerve, it causes intense ear pain and facial paralysis, called Ramsay Hunt syndrome.

It’s the same syndrome singer Justin Bieber came down with over the summer, which he talked about briefly before disengaging from social media to heal. Still, it’s a rare disease, one that only five in 100,000 Americans develop each year, according to the Cleveland Clinic.

Bell’s Palsy, a similar disease causing facial paralysis, was also ruled out once doctors learned Sturino had shingles. Bell’s Palsy is responsible for 7% of facial paralysis cases, according to the Cleveland Clinic. But because both conditions are difficult to diagnose, those numbers don’t likely paint the whole picture.

Once she had a firm diagnosis in hand, Sturino was given new meds for the shingles including Valtrex (used in the treatment of shingles, chickenpox, and herpes), supplements, and a steroid. She also started getting acupuncture done to her face, at the suggestion of some of her followers, to help with the paralysis. She credits it with relieving her symptoms within about two weeks.

“I do think acupuncture helped me recover faster,” she says. Within about 10 days of her ER visit, she was feeling better. The Cleveland Clinic estimates about 70% of patients make a full recovery while some experience permanent facial paralysis or hearing loss.

Sturino counts herself lucky. She has “good” health insurance for the first time in her adult life, and she’s not afraid to advocate for herself. Her brand Megababe focuses on personal care products for conditions that are often ignored: think thigh chafing. She’s comfortable being candid with her followers, and credits their info on acupuncture and even their tips on Lyme disease with steering her on the right path.

“Showing my face when I was feeling really vulnerable definitely connects to the core of what I do, which is just shining a light on places that don’t get discussed,” she says.

Had she felt embarrassed to share her symptoms she might have been discouraged about seeking additional treatment.

“For women, going to a doctor’s office without a physical symptom, they’re going to tell you to lose weight, get on this depression medication,” she says. “It’s so crazy that you have to find a specialized doctor to deal with an autoimmune disease because otherwise you’re so easily dismissed.”

Once she experienced facial paralysis, she had an easier time finding a diagnosis.

Yet even after dealing with the disease first hand, Sturino still struggles to explain how all of the symptoms and conditions were linked.

“This isn’t a known thing. It’s not common knowledge. It’s me and you being internet sleuths and trying to figure it out,” she says.

Sturino has since gained new followers who have had similar problems, people who say it’s nice to have an advocate for the disease.

“I finally have my energy back, but it took another month before I felt better,” she says.