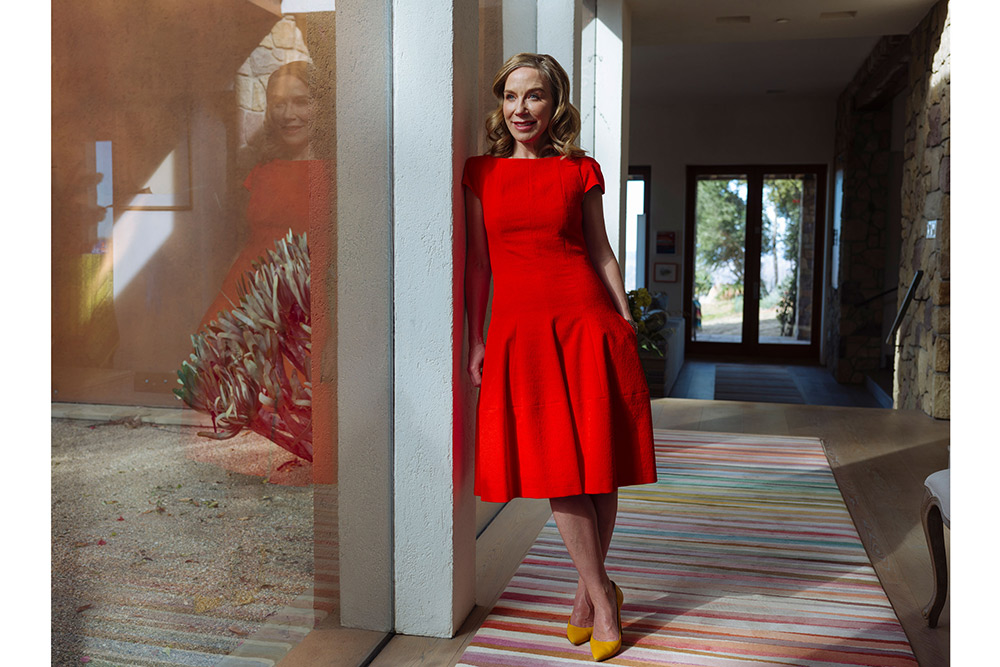 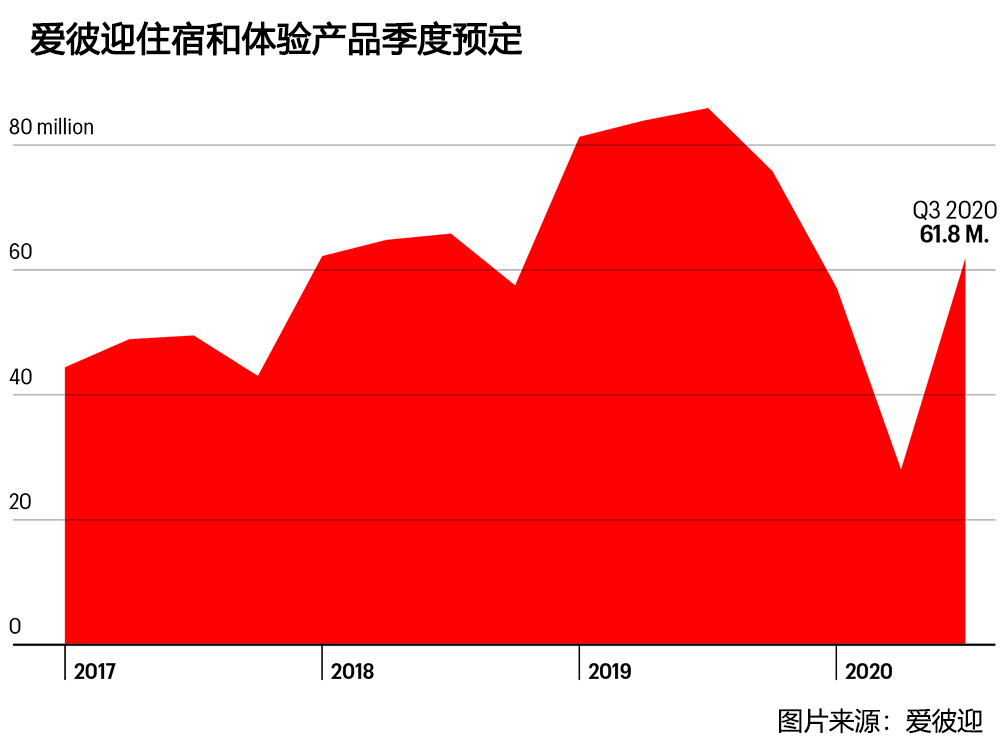 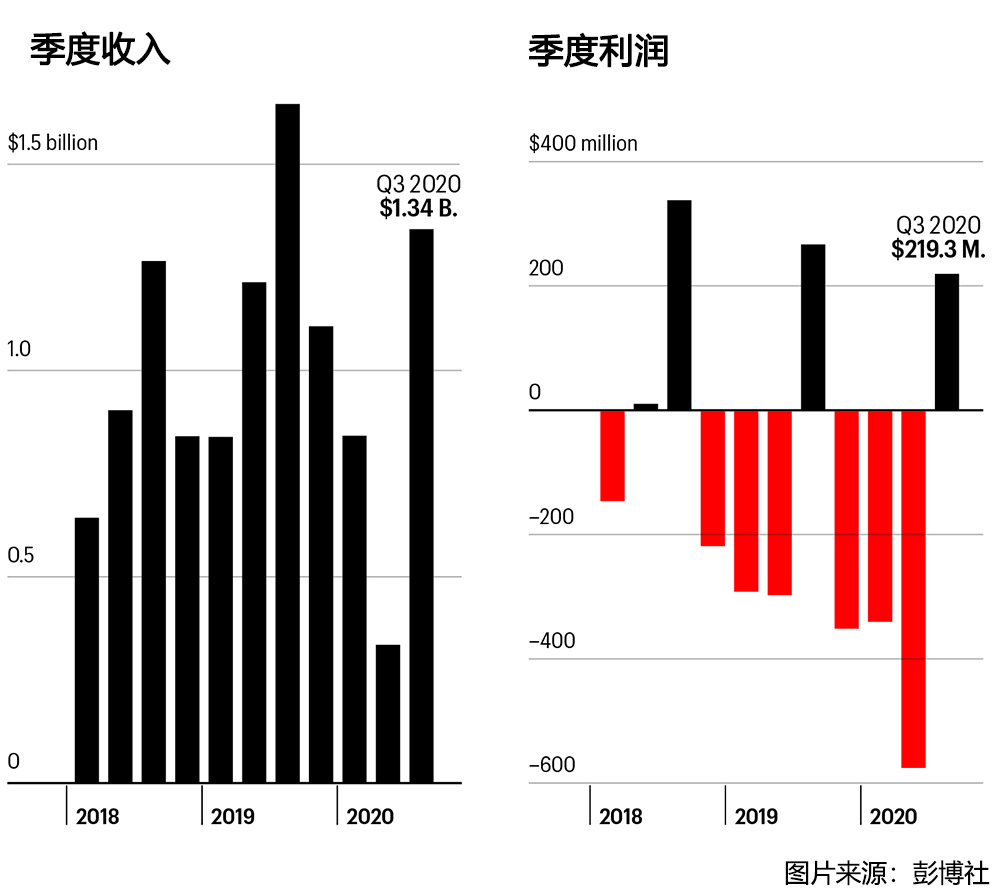 In early January a handful of Airbnb hosts—the people who rent their homes on the vacation booking service—gathered online. The videoconference, organized by Catherine Powell, chief of Airbnb’s hosting business, was meant for discussing post-pandemic travel. But the attendees clearly had current events on their minds.

One, a woman from San Antonio, talked about how the slowdown in conventions was making it tough to rent out her carriage-house apartment. From her home in Los Angeles, the British-born Powell offered sympathetic responses: “We can’t ‘magic’ conventions,” she said. “But how can we help?”

Indeed, there’s not a lot Airbnb can do to wish away the pandemic. But over the past few months, the company has tried to listen to its hosts and to prioritize their needs—a return to Airbnb’s “roots,” in the words of cofounder and CEO Brian Chesky. The thinking? Happy hosts make for happy guests, and lots of them. (Airbnb gets a cut from both sides, hosts and guests.)

Ironically, much of this revival is led by Powell, a new addition to the San Francisco–based company. The longtime Disney theme parks executive was brought on board in January 2020, just as COVID-19 was starting to spread around the globe. Initially, she was tasked with heading Airbnb’s fledgling “experiences” product, which lets hosts offer tours like paddleboarding with rescue dogs in Waikiki and sangria-making with drag queens in Lisbon. But after a management shake-up in July, Powell was promoted to a new role that has combined Airbnb’s core business—home listings—with its newer experiences. “She’s assumed an immense amount of responsibility,” says Joe Gebbia, another of Airbnb’s three cofounders.

Powell’s debut at Airbnb, and her promotion, have come at a critical juncture in Airbnb’s trajectory. Last spring, COVID-19 demolished demand, causing an 80% drop in business in just eight weeks. In early May, Airbnb laid off 25% of its employees, a sobering step for a company that has been in hyper-growth mode since its founding in 2008. It also borrowed $2 billion and delayed a much-anticipated initial public offering.

Then, in early December, Airbnb finally made its public market debut—the biggest IPO of 2020. Airbnb shares more than doubled in the company’s first day of trading, valuing it at just over $100 billion—more than that of hotel giants Marriott, Hilton, and Hyatt combined. But even as investors clamor for a piece of Airbnb, it is still struggling to become consistently profitable. During the nine months ended in September, the company’s losses more than doubled to nearly $700 million, while sales tumbled 32% to $2.5 billion, a direct result of COVID-19.

A full recovery isn’t expected anytime soon. According to Stifel analyst Scott Devitt, demand for Airbnb rentals won’t return to pre-pandemic levels until 2023. Another analyst, Brad Erickson of Needham, recently wrote that COVID-19 could turn into a “multiyear headwind” that could force the company to spend more on attracting customers (both hosts and guests), hampering growth and delaying profitability.

That’s where Powell comes in. Her mandate: to reel in new hosts and to keep the more than 4 million existing ones. That’s no easy task. But Powell isn’t a stranger to scale. At Disney, she oversaw 120,000 global “cast members”—Disney-speak for theme park employees. “She’s got the perfect background and skills,” says Angela Ahrendts, Apple’s former retail chief and an Airbnb board member.

In her short time at Airbnb, Powell has tried to ensure that the voices of hosts are heard.

Shortly after the pandemic hit, just weeks into her new job, she started personally meeting with them—the gathering in early January was her 30th such get-together over video. (Another byproduct of the pandemic and all of the time she now spends in virtual meetings: Powell bought a treadmill desk.) She also helped create a board where hosts could weigh in on Airbnb’s decisions.

“Her instinct [to talk directly to hosts] is very commensurate and parallel to how we ran the company in the early days,” says Gebbia. “We would travel around the country to meet hosts, we would throw events and meetups to talk to them to figure out how to make the product better.”

Listening to hosts isn’t as easy as it used to be in the days when Gebbia and Airbnb’s other co-founders could actually meet and onboard each one in person. Today, the company has vacation listings in more than 100,000 cities worldwide, with people renting out their homes in almost every country. But Powell’s efforts to hear directly from hosts has led to real policies and protocols, including the implementation of a five-step COVID cleaning process she helped design. “I’ve learned a lot about sanitizing,” she says, laughing.

The company’s recent “party ban,” which prohibited gatherings of more than 16 people at Airbnb listings, was also a direct result of conversations with hosts, according to the exec. The ban came shortly after one particular party at an Airbnb vacation rental in Sacramento, Calif. ended up with three people being shot. “We want to make sure you have control over your space and that we help to stop problems before they start,” Powell told Airbnb's community of hosts in a video message last August. “That means being more strict on parties and large groups.”

But pleasing hosts doesn’t always equate with pleasing guests, and making sure that both are happy is a tricky business. When the pandemic hit, Airbnb provided refunds to guests who had to cancel their bookings at the last minute, saying the reimbursements were covered under the company’s “extenuating circumstances” policy. Many hosts complained about the lost income, and the company eventually covered some of those losses. More recently, as another COVID-19 surge caused a new wave of cancellations, Airbnb stood by its hosts. Whatever cancellation policy hosts had would still apply, a decision that angered some guests.

The episode is just one more example of how Airbnb has had to adapt on the fly during the pandemic. “It’s a very uncertain time,” Powell says when asked about the tough decisions the company has had to make. To be sure, Airbnb has dealt with all sorts of tricky situations in the past. Battling cities that are trying to more heavily regulate it, and addressing incidents of racial discrimination on its platform are just two examples of the types of complexities the company has already had to grapple with.

That was all before COVID-19 wreaked havoc on the travel industry. Even after things go back to “normal,” Airbnb CEO Chesky predicts people’s travel habits will be forever changed: There will be less business travel and more personal travel to visit family and friends. As for Powell, she sees it as her job to make sure that hosts are prepared, whatever the new reality. "I don't know what it's going to look like," says the exec. "But my focus is to help and inspire [our hosts] to be ready to meet those new needs."

That’s why Powell recently spearheaded an online dashboard that keeps hosts updated on travel trends in their regions. As for her own vacation plans, as soon as it’s safe to travel again, she intends to visit her family in the U.K. “And,” she adds, “visit our British hosts.”