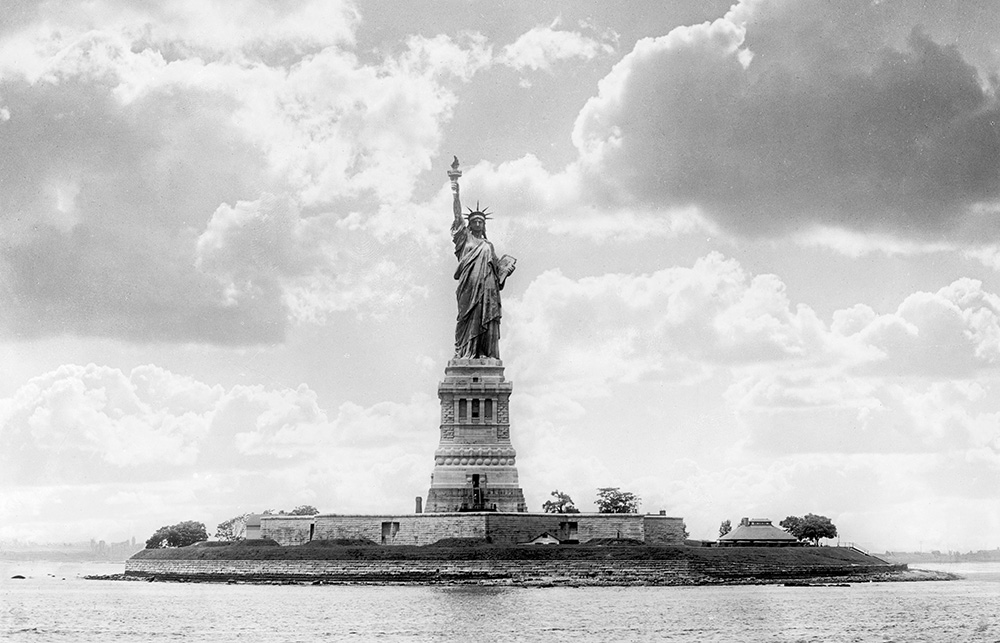 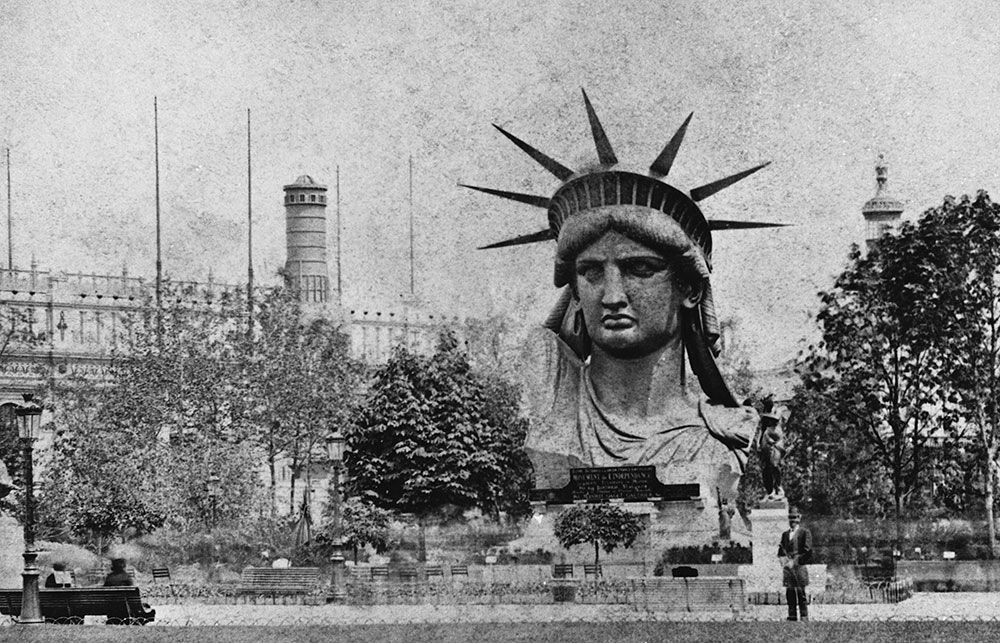 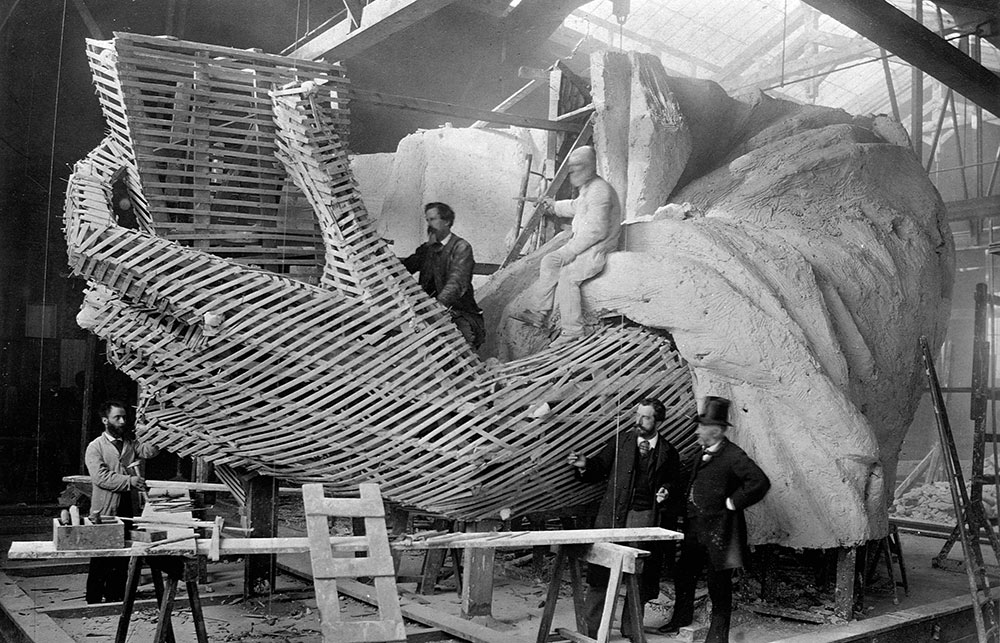 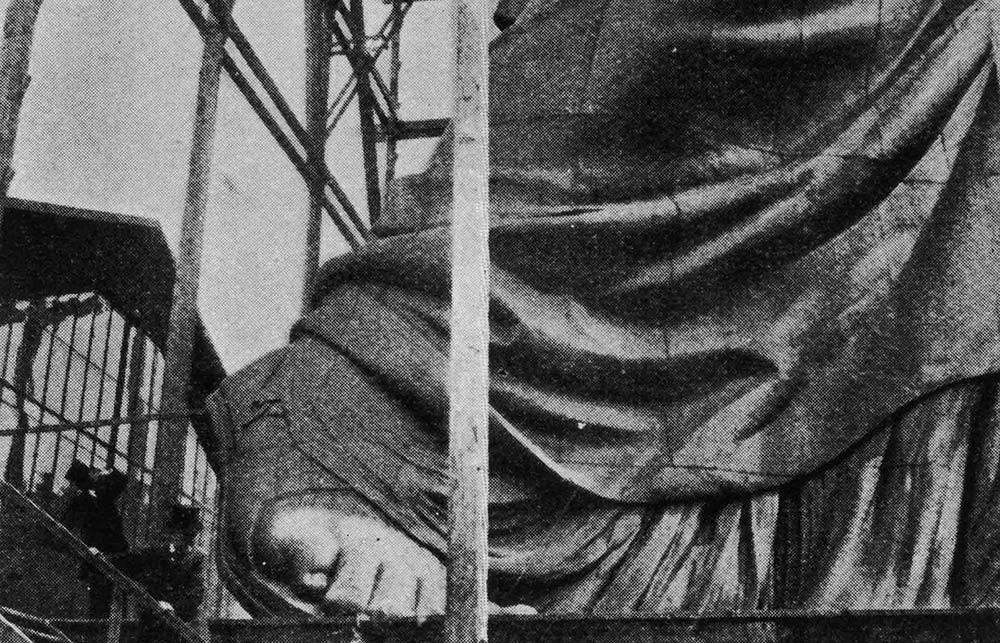 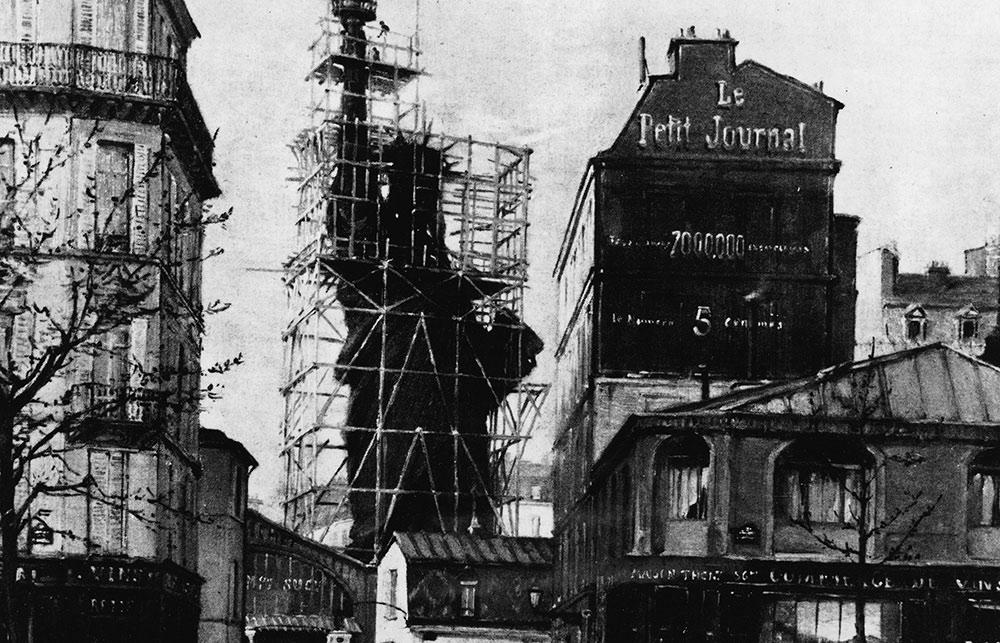 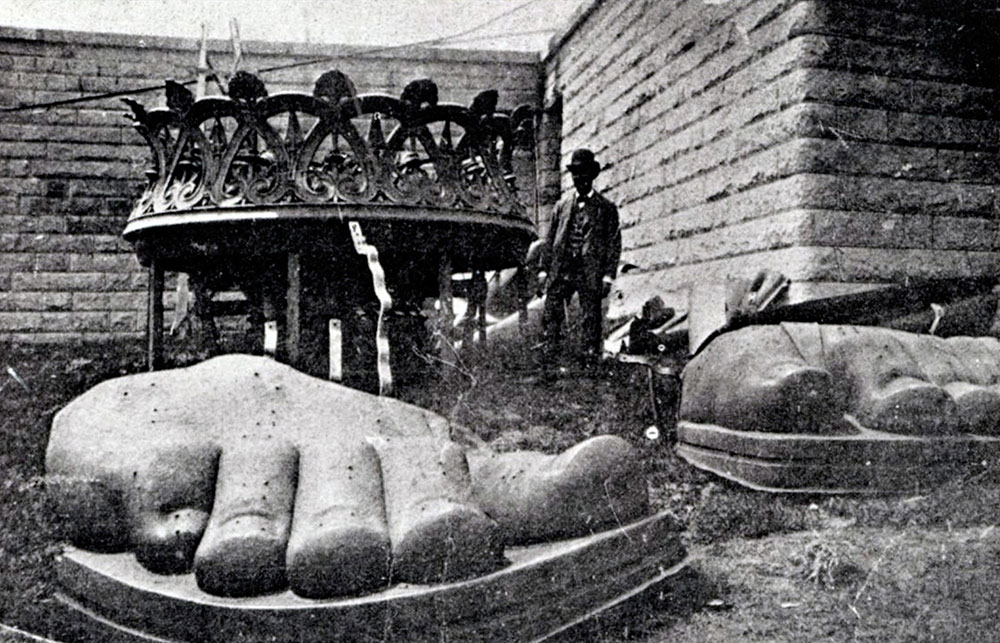 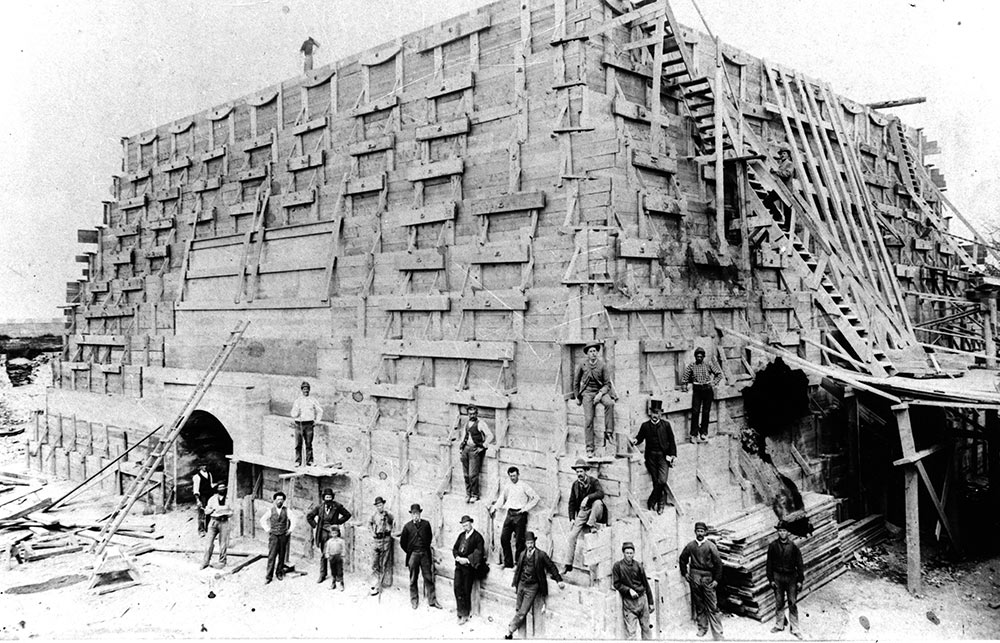 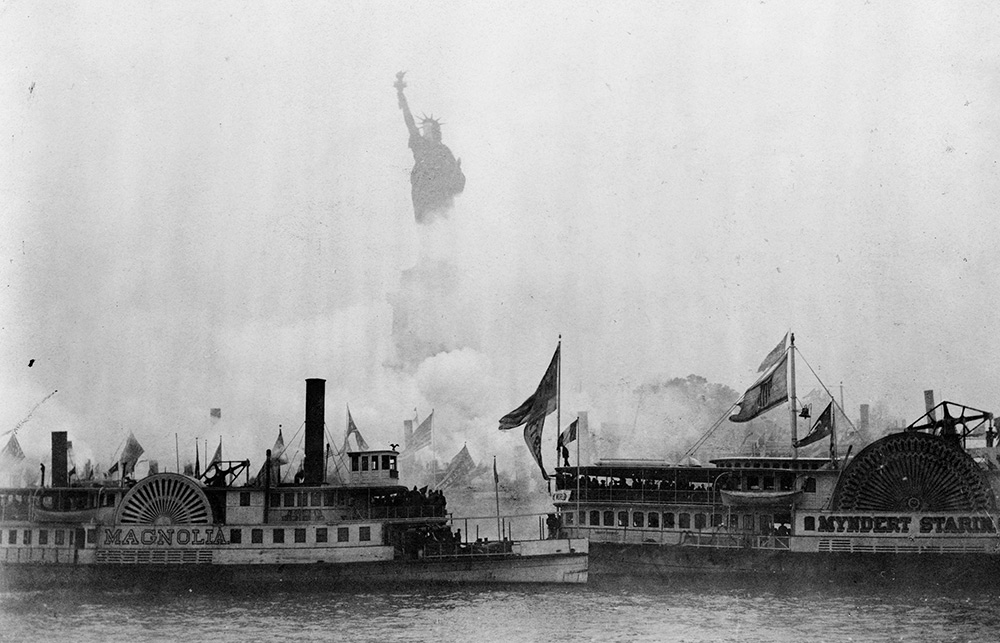 “Liberty Enlightening the World” arrived in the New York Harbor from its journey from France, disassembled in 350 pieces, on June 17, 1885. More commonly known as the Statue of Liberty, it was the largest statue at the time, towering over the Brooklyn Bridge and Trinity Church, and symbolized a message the country is still striving to attain today: liberty for all.

Rising 305 feet tall from its pedestal to torch, the statue weighs 450,000 pounds; 88 tons of brass were used in its structure. The length of one hand is more than 16 feet while her index finger measures exactly 8 feet. The colossal statue was a gift from France and the brainchild of French sculptor Frédéric Auguste Bartholdi to symbolize America’s message of liberty to the world, something he constructed while depressed at the ruins and wretchedness in his native land after defeat by Germany in the Franco-Prussian War.

The colossal statue was, and still is, a symbol of independence for all, but it's an ideal that has seemed ironic and unattainable for centuries.

In an early model, Bartholdi depicted Lady Liberty holding broken chains in her hand referring to the emancipation of slaves in 1863 . But in the final model, the chains were replaced with a tablet dated July 4, 1776 nodding to the Declaration of Independence. Bartholdi then placed the broken shackle and chains beneath Lady Liberty’s feet—they are basically impossible for visitors to see at most angles. Though it nodded to the emancipation of slavery in the U.S. and symbolized an enlightened approach to liberty, the country is still striving to attain the liberty for all it promotes.

Scroll below to see how the Statue of Liberty was built and constructed.

A model of the Statue of Liberty's head on display in the garden at the Champ de Mars at the World’s Fair in Paris in 1878. Construction on the project began in 1876, but the head was put on display to help raise money to complete the project of building Lady Liberty.

Artisans at Bartholdi's Parisian warehouse construct a full scale model of the Statue of Liberty's left hand in 1882.

A view of the Statue of Liberty's foot during construction in Paris before its journey to the United States, circa 1883. The entire statue was completed and assembled in Paris between 1881 and 1884.

View of the Statue of Liberty enclosed by scaffolding, while under construction, seen from the Rue de Chazelles in Paris, circa 1884.

The feet of the Statue of Liberty arrive on Bedloe's Island in 1885. The island was renamed Liberty Island in 1956.

Construction on the pedestal of the Statue of Liberty on Bedloe's Island. The U.S. was responsible for building and funding the 89-foot stone pedestal, while France focused on the statue itself and its transportation. Joseph Pulitzer, publisher of The World in New York City, played an important role in persuading the American public to contribute to the project.

During the statue's inauguration on Oct. 28, 1886, the Statue of Liberty is seen partly clouded by smoke from military and naval salutes.